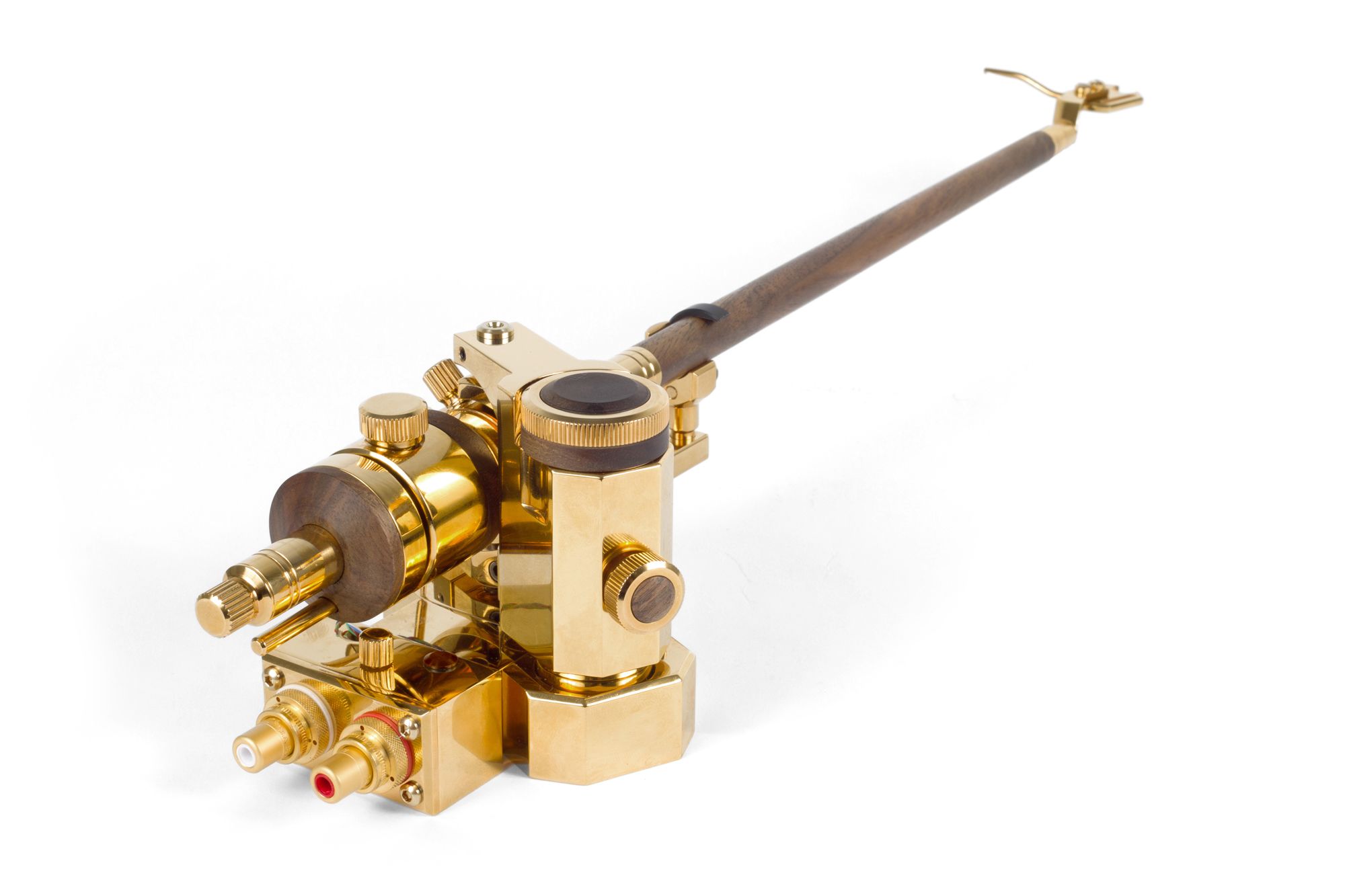 When, at the end of the nineteenth century, Emile Berliner improved the invention of Thomas Edison, he didn’t even think that mechanical end electronics engineers would continue his job even in the twenty-first century in search of a perfect record player. The oldest device designed to reproduce the sound is still today a mystery and a never told story.
‘How come?’, a lot of readers of this story will think, ‘if it is a "simple” device’, but is it really? 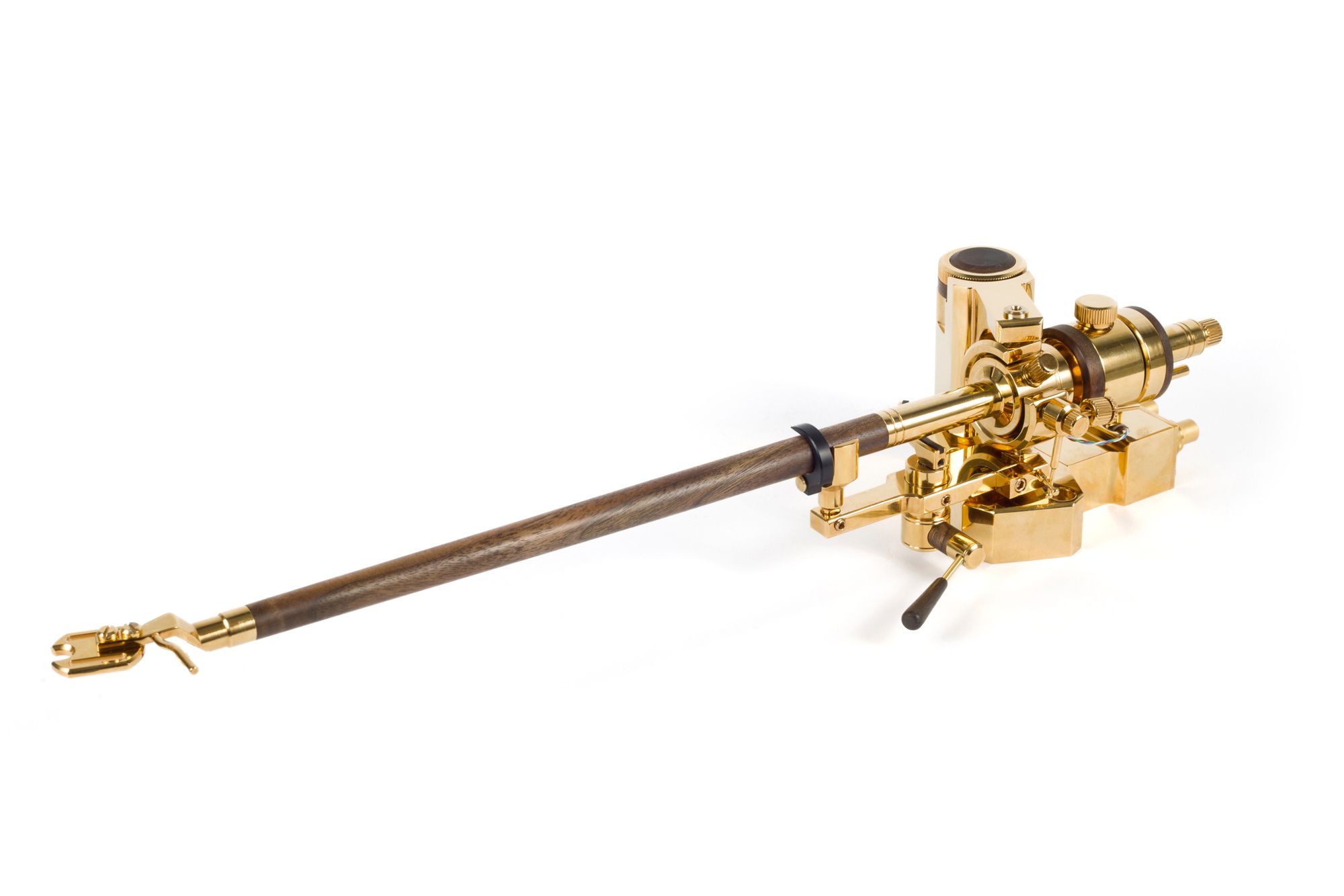 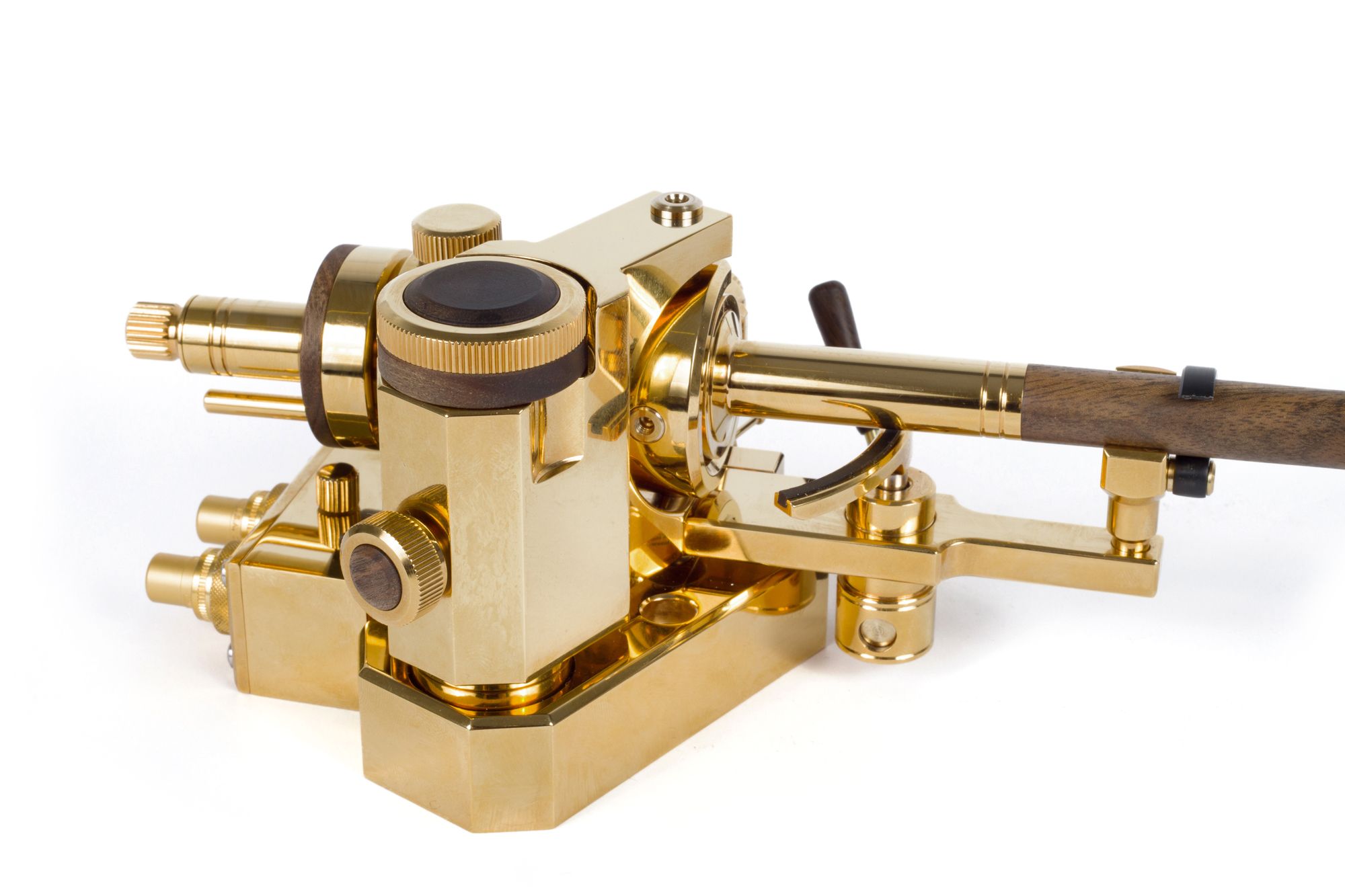 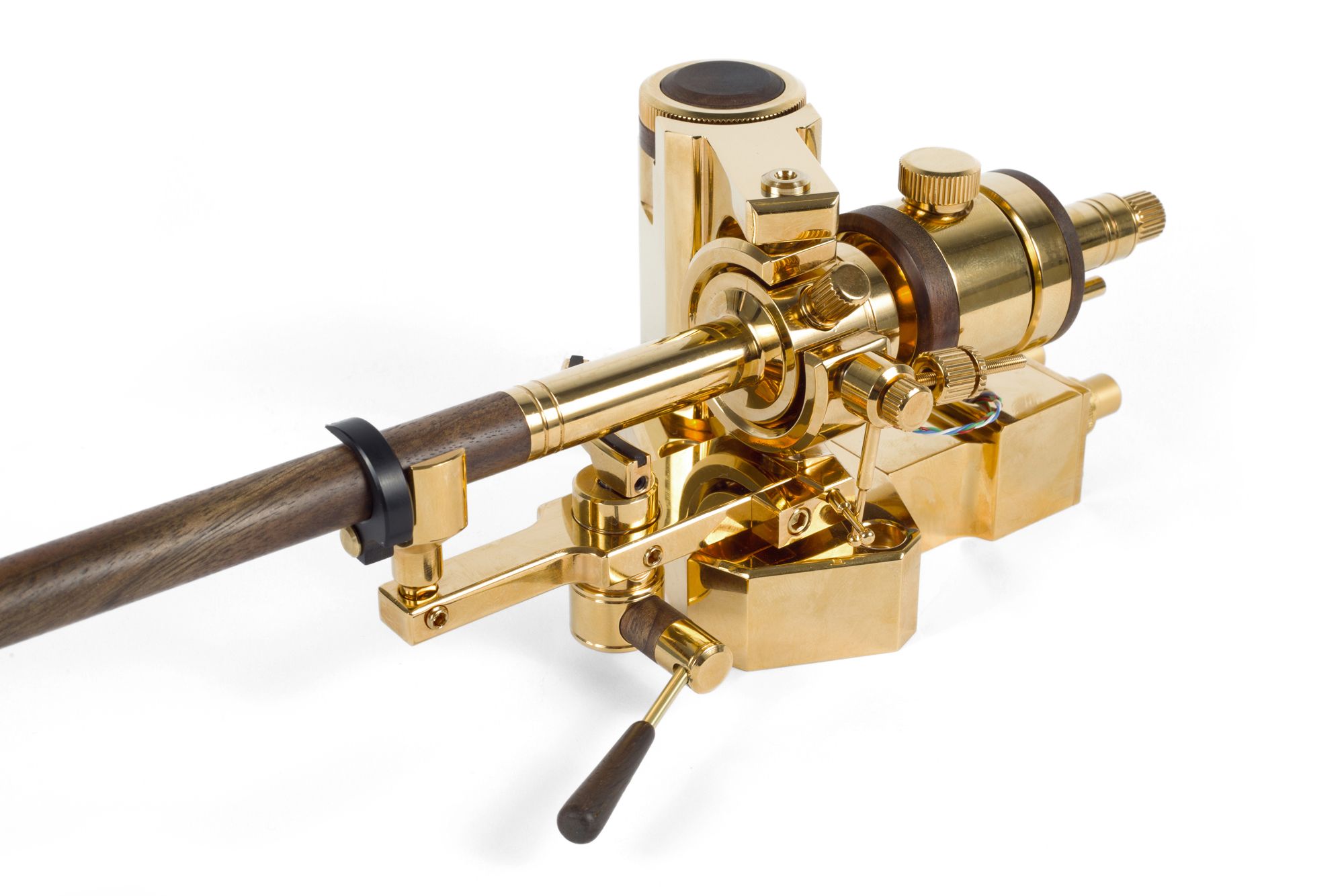 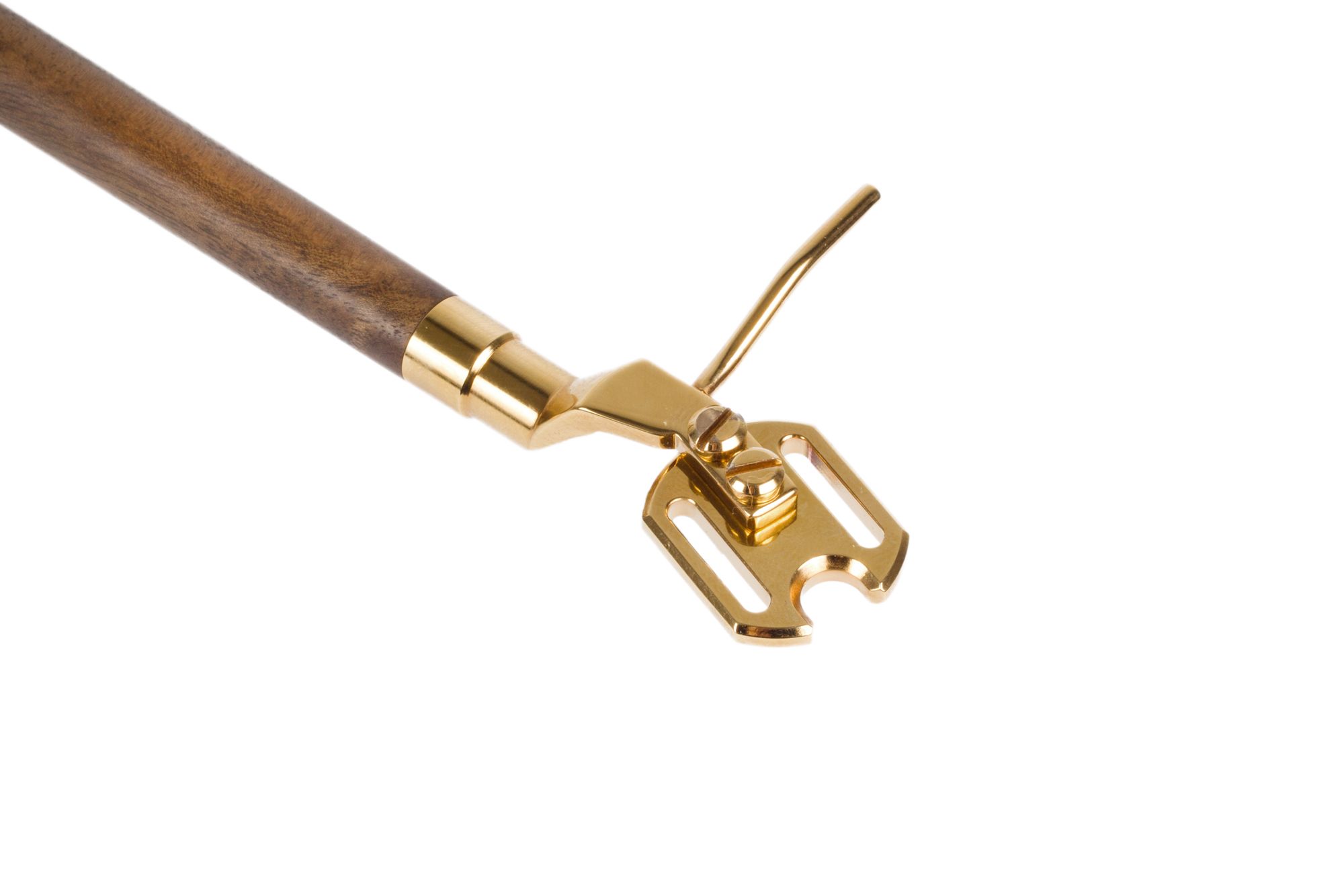 All of us who were born in the second half of the twentieth century grew up listening to the music from the record player (turntable).

The first children’s songs in the kindergarten, the first songs in the Music classes at school, all events and parents’ house parties…and then adolescence "A Hard Day’s Night” of the legendary "Beatles” and track A5 "And I Love Her”.

Those of us who were just starting to learn English, would look up the words in thick dictionaries trying to translate all of the lyrics, but the song title and chorus would be an earworm and easy to translate. "And I Love Her”.  Deep in love with a freckled girl of my age, who was in love to the ears with a long-haired Marko from high school, who wore jeans and would play a few chords on the guitar for his company in the park. Yes, in love to the ears, we would go to "music and dance evenings” organized once or twice a month in the school lobbies in our small town in order to be in the vicinity of the curls jumping to the music of The Doors, Deep Purple, ZZ Top, Led Zeppelin, Pink Floyd, waiting for the band to play a slow dance tune.

"Shine On You Crazy Diamond” (Pink Floyd) was the favorite one. At that moment, all that mattered was the time, and the song lasted for 13 minutes 31 seconds. That’s exactly how much time we had, while dancing, to be fun, gentle and smart, to show that we were the right ones, and not the Marko who could play three chords. Some of us succeeded, some failed; however, it did not stop us going to a record store and spend our savings on the record "Wish You Were Here”. After those music evenings, boys would gather in houses, and on the record player re-played the song sung by the band the previous night over and over again. We would comment on the bands’ playing quality and also the new songs that we had heard, while still feeling in our noses the scent of the hair of the little freckled girl with whom we had been dancing.

I do not know how it worked with you, but we had to fulfill all our parents’ wishes, wash windscreens on the local gas station, unload fruit in the local fruit processing plant in order to save for the first personal record player. Only then did we become "somebody important” in the company.
With the music from that record player we would have fun, jump, kissed for the first time, suffered and cried when the first loves would end.

Why am I writing this? What does it have to do with the headline? It has a lot….

My story is more or less known, and the story of my schoolmate Slobodan Petrovic – Hawk is similar.

My zone of interest was electronics, whereas Slobodan (Hawk), like most people in our town was into mechanical engineering. Since he (his parents) could not afford to go to university, Slobodan Hawk started work in a tool manufacturing department of a large local company, where he gained a lot of experience in precision mechanics. After twelve years, he moved to work on prototypes in a company designing and producing dental devices.

The tenths of a millimeter turned into microns, and the tolerances were perfect. Together with the company co-owner and designer, he designed a dental motor of 300000 rpm, which had to be manufactured without a single deviation from the required characteristics. Everybody has been in the dental practice, and has never forgotten the sound of the dental
drilling-boring-grinding-polishing machine. Such motors and devices were made by Slobodan.

Hawk’s motto is "The quality has no alternatives”. That’s what still makes him different from everybody else./ And he still sticks to it.

All this has nothing to do with the record player?

About a decade ago, Slobodan bought a few small ultra-precision machines and started his own business, manufacturing mechanical components to an order (tailored manufacture).
Meanwhile, the life has changed, including music styles and needs, but the record player still rotates a record, playing "Shine Of You Crazy Diamond”.

A great many fans of record player have come to Slobodan to ask him to manufacture a replacement for worn-out components, repair tone arms or reconstruct/redesign and manufacture components and parts of reel to reel machines and cassette decks.

In his free time, listening to music, Slobodan took up another hobby: railway modeling. The manufacture precision was a skill acquired at work. The photos that you are looking at are from the model whose total size is 1x1.8 m. The grass, trees, lake and waves - INCREDIBLE. He did not give up his motto even in his hobby: THE QUALITY HAS NO ALTERNATIVES.

However, as he says, without music and the record player, he could have never made that all, and therefore he makes a break to "change a record”.

And thus, having spent years repairing record players and tone arms of various manufacturers, he realized what he could improve, and five years ago, he designed a unique tone arm Supreme Analog Tangenta.

After four years of unfulfilled promises and "an idle stroke” or standby, in January 2020, Slobodan Petrovic - Hawk terminated cooperation with the seller/dealer who had not fulfilled his promises, and he designed a new tone arm Tangenta II, a model superior to Supreme analog Tangenta.

Covid-19, Lockdown, no fairs and exhibitions, (long) walks in a small town of 15000 inhabitants and boredom. I am designing a new headphone amplifier for HA-2SF, and starting to design my own record player. I have a problem. Precision mechanics. I go to Slobodan to get an axle and bearing made. For Slobodan, it’s "a piece of cake”: a few beers and chat to midnight, and the job is done. The record player rotates. The Auris Audio – Rondo (prototype) satisfies my criteria, and it will be launched to the market this year.

Listening to the music from the prototype, in a friendly chat with Slobodan, I learned about his business failure. Without hesitation, I offered business cooperation, and Auris Audio and Slobodan Petrovic HAWK entered into an agreement.

While I am writing this, Slobodan has no idea that the reference tone arm, which he calls Tangenta II, shall bear his signature: AURIS Tangenta HAWK

The year 2020 will be remembered for Covid-19, the friends and relatives that have passed away, but also "Living in the ghost town” – the Rolling Stones, the vaccine that will save the mankind, and a new page in the diary of two friends, Miki and Slobodan.

The AURIS Analog Tangenta tone arms and Auris record players will allow all the fans of records to enjoy the music to their taste, and some of us will find the "A Hard Day’s Night” album of the Beatles, and remembering the little freckled girl and the teen age, listen to "And I Love Her”.

Specifications are subject to change without prior notice.